Harold McGill and Emma Griffis, a doctor and nurse from Calgary, made an unlikely pair – he was shy and reserved while she was outgoing – but when Harold signed up to serve on The Western Front in 1915, he asked Emma to write to him. Emma also joined the Canadian army as a Nursing Sister in 1917 and was stationed in England. The couple married in December 1917, returning to Calgary after the war.

Sadly, Emma’s letters no longer exist, but Harold’s are safe in the archives at the Glenbow Museum in Calgary and can be viewed online. They tell a fascinating story;  aspects of war you rarely find in the history books blended with a tenderly unfolding love story.

Some of Harold’s descriptions of the battlefield – the guns growling, a shower of shells, night as dark as a wolf’s mouth – are chillingly evocative. And when he talks about standing in a trench at midnight on New Year’s Eve 1915 to watch the old year out and witness the blast of artillery fire from all the batteries announcing the birth of 1916… well it makes the hairs on the back of your neck prickle.

The gas alerts when the wind blows in from the east.

How ‘one smokes a lot at this game’.

A regimental dinner held in a convent.

The daily rum ration when in the trenches.

Having to go for 15 days without changing his clothes followed by the sheer joy of a hot bath and clean bed.

But it’s the love story that is the most touching. He starts off addressing Emma as Dear Miss Griffis and signs off Sincerely yours. Following his proposal of marriage in July 1917, that changes to My dear Emma and ends Yours truly. And after their marriage in December that year, it’s My Dear Wife from Your loving husband.

His concern when he discovers she’s assigned to the ‘lungers‘ ward at Bramshott Military Hospital in England, and his ‘mortal terror of TB which is more deadly than Fritz’s trench mortars’.

He makes an interesting comment about how men approach married life. ‘Usually when a man asks a woman for the privilege of making her everlastingly happy,” he writes, “what he really wants is for her to make him happy and worship him as a tin God.”

Only after they became engaged, when he was on leave in England in July 1917, do they really start learning about each other. He tells her he has an older brother and two younger sisters (one of whom, Margaret, is also serving in France) and that his parents died within 10 days of each other when Margaret was only 15.

There is so much more. I can only offer a sliver of the richness of his letters here and encourage you to click on the link at the top of the page and check them out yourself. As to why her letters didn’t survive… Harold offers the intriguing hint that he would ‘love to keep them’ but it is ‘difficult on active service’ and he must ‘burn them’.

My main area of historical interest is World War Two. I’m fascinated by it – perhaps because there were still air raid shelters around to play in when I was growing up in Glasgow. And I can still clearly remember my Dad pulling on his old army overalls and beret before climbing underneath Mum’s car when it needed fixed.

So when I heard about a two-day symposium on The Great War being offered at the Military Museum here in Calgary, I hummed and hawed before deciding to sign up. It’s not ‘my’ time period.

Here’s what I learned.

1) Two days and 25 papers later, I probably know more about Alberta in WWI than most of my native-born Albertan/Canadian friends.

2) As a writer, ANYTHING you learn is invaluable. Everything can be adapted to add depth, texture and veracity to your writing.

3) More importantly, if you write anything inaccurate in your novel, someone somewhere will pick up on it. And when they do, it will pull them out of the story. From then on they will question everything else you say. Pull a reader out of your story and you’ve lost them.

No matter what you’re writing about, please – please – make sure your facts are sound.

Although I learned about The First World War in secondary school, I don’t remember much about it beyond the Schlieffen Plan and trench warfare. Somehow it never captured my imagination in the same way as The Second World War.

However, I’ve recently been soaking up all the recent TV programmes and documentaries which have been made to mark the 100th anniversary since the The Great War’s outbreak. And the more I learn, the more I want to learn. So when I discovered the Military Museum here in Calgary was offering a lecture to introduce their temporary exhibition, Albertans in The Great War, I was in there like a dirty shirt.

Here are a few tidbits I learned. 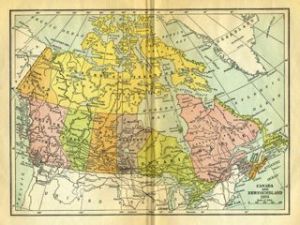 In 1914, Alberta, as a province in Canadian Confederation, was only 9 years old with a population of 470,000. (Canada’s total population was 7.9million.) During the war, Alberta sent 49,000 men, between the ages of 18-34, to serve overseas. Only Ontario and Manitoba sent more in sheer numbers, but the proportion of men Alberta sent was the highest in Canada.

The majority of Albertan men served in the infantry on The Western Front, but a few joined the navy or the RFC serving at sea (obviously!) or in Palestine, Siberia and at Gallipoli. Supporting units included Artillery Batteries, Cyclist(!), Tunnelling and Railways companies. Medical, engineering, veterinary, supply, forestry and machine gun personnel. (The aim of the bicycle units had been to get the infantry up to the front fast, but were essentially useless in the chewed up battlefields of The Western Front. They did come into their own at the end of 1918 when the front line moved to areas where the roads remained intact.)

During the war, Alberta became the largest exporter of wheat and timber, the 3rd largest exporter of beef, and sent over ½ million horses overseas. The province also raised $42million ($1 billion in 2014 dollars) to war relief efforts such as The Red Cross, The Canadian Patriotic Fund, The Belgium Relief Fund and the YMCA amongst others.

Sam Steele, a hero of The March West, The Riel Rebellion and The Boer War, volunteered to serve, but was officially too old for the armed forces.  However he received special dispensation to help train the men here in Alberta and accompany them to Britain. Once there, the men received further training under Steele, but Steele then had to relinquish command when the troops were sent to the Western Front. His forage cap is part of the current exhibition.

The lecturer told a great story of pilots in the RFC who, after they had destroyed a target (eg ammunition dump/ train) would then land their planes beside the target, collect a souvenir (eg empty shell casing/letter from the engine) then take off again. Apparently one pilot returned with a sack full of mementoes.

And what do you do if you’re caught in a chlorine gas attack and have no gas mask to hand? Urinate into your handkerchief and hold it against your face.

These are just a fraction of the stories told during the current exhibition. It’s on until December 15th.  If you live in Alberta and have an interest in our province’s role during the conflict, I highly recommend you check it out.