A few years ago I had the opportunity to visit Moscow. Growing up in the west in the 60s, 70s and 80s, for me Moscow conjured up the frightening May Day parades in Red Square, reported by the BBC, where the Soviet Union displayed its terrifying nuclear arsenal. 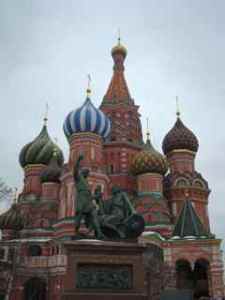 So to actually visit …  Yes, I was scared, but also excited.

I’ve never cried in a museum before, but I cried in The Armoury Chambers of the Kremlin Museum. Unfortunately you’re not allowed to take photos in there, but if you ever want to witness the skill and imagination and wonders that human beings can create, many of them are gathered there. I doubt there is a museum in the world that can hold a candle to the glories they have on display.

But with no photos of the museum, what else captured my imagination in Moscow? 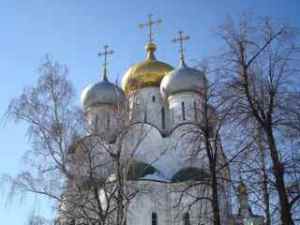 I don’t know if it’s a ‘writer’ thing or not, but whenever I travel, I love to check out the local cemeteries. I have some friends who believe that graveyards are literally a waste of space, but I love wandering through them and discovering the stories they tell.

So in Moscow, I visited The Novodevichy Cemetery where many of the great and the good of the Soviet era are buried.  As someone who grew up in a country where graves are very understated, to see the dead realised as if in life was more than a little bit creepy.

And then there was the grave of Stalin’s second wife –  Nadezhda – to whom he was married from 1919-1932.  Officially she died of illness, but the belief is she committed suicide after quarreling with Stalin.

Following the death of his first wife –  Ekaterina – who died of typhus in 1907, Stalin is reputed to have said at her funeral: This creature softened my heart of stone. She died and with her died my last feelings for humanity. Interesting to speculate how history might have been different had she lived.

Finally, the grave of Boris Yeltsin, memorialized by the modern-day Russian flag. When I was at university in the early 80s could I have envisioned the fall of the Soviet Union? In a single word – No.