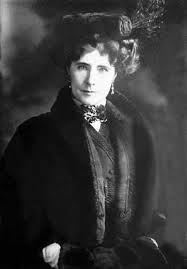 Check out imdb and you will find that Elinor Glyn has 28 screenwriting/story credits, three producing credits and two credits for directing. She also wrote 30 novels (some which were turned into films) a collection of short stories and at least 6 non-fiction books.

Her most famous film, ‘It’ starred Clara Bow, and introduced a new expression into the English language which we still use today. Elinor was paid $50,000 for that particular movie.  When I tried to convert that into a modern-day equivalent, various websites suggested between $660,000 and $8 million.  A huge difference, but I think it’s still fair to say it was – and is  – a lot of money.

Elinor Glyn defined ‘It’ as… that quality possessed by some which draws all others with its magnetic force. With ‘It’ you win all men if you are a woman and all women if you are a man.  She also said of an ‘It’ Girl, that, ‘She must be entirely unselfconscious and indifferent to the effect she is producing. Self-consciousness destroys ‘It’ immediately.’

Clara Bow was ‘the girl’ in ‘It’ and Elinor Glyn is credited with boosting not just Bow’s career, but also that of Gloria Swanson, turning the latter from ‘giggling starlet to elegant star’.

Although Elinor Glyn has been portrayed on-screen by Joanna Lumley in The Cat’s Meow, I think it’s about time this remarkable and inspiring woman got a movie – or TV series – all to herself.

Until then, click here, to see Elinor Glyn make an entrance (at 45 seconds) in her own movie ‘It’.